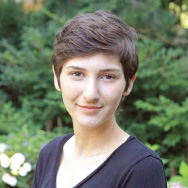 The idea for the Cyber-Seniors documentary came from a high school project that was launched by two sisters, Macaulee (16) and Kascha Cassaday (18) in 2009. The sisters had witnessed firsthand how learning to use the Internet had transformed their grandparents’ lives. After learning some basic skills, their grandparents were in touch several times a week by email, Facebook and Skype. The Internet was instrumental in keeping their family connected despite busy schedules and living in different cities. Inspired by this realization, the sisters started the Cyber-Seniors program to help other seniors get online.

They developed a training manual and recruited their friends to visit a local retirement home twice a week to teach interested seniors how to use the Internet. The seniors all had different interests. Some were eager to get onto Facebook to see photos of their grandkids, while others wanted to play online games, and everyone wanted to use email. 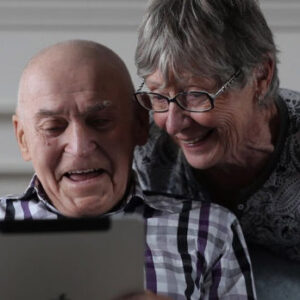 The program had many unexpected and exciting offshoots, including the creation of Cyber-Seniors Corner, a YouTube Channel where student-senior teams were encouraged to upload a short video featuring a senior sharing their wisdom or humour.

Director Saffron Cassaday, Macaulee and Kascha’s older sister, began filming some of the early Cyber-Senior sessions and started to see a story emerge. 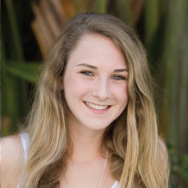 The sisters had the support of their mom, Brenda Rusnak, who had worked her entire career with seniors, and had recently sold her business. After a successful first year, Brenda helped continue the Cyber-Seniors program, expanding it to a second retirement home and helping to engage more youth mentors. Over the next ten months, Saffron and her film crew captured over 120 hours of footage and many memorable moments.

The Cyber-Seniors documentary is not only a labor of love – but an inspiring example of the wonderful things that can happen when generation gaps are bridged, and new ways of connecting are explored.

Saffron hopes that her film will inspire more seniors to get online, and that the Cyber-Seniors program will expand across North America.