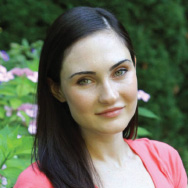 Born and raised in Toronto, Saffron Cassaday traveled to New York City immediately after completing high school to study acting at the prestigious Lee Strasberg Theatre and Film Institute. Upon returning to Toronto, she continued to develop her craft both in front of and behind the camera. Saffron starred in the award-winning web series Pete Winning and the Pirates and co-produced and starred in the Global TV series, In the Key of Z.

Saffron’s directorial debut of the documentary film, Cyber-Seniors has screened in well over 80 cities in North America to audience and critical acclaim. As this film prepares for its digital, DVD and broadcast launch, Saffron is keeping busy researching her next film project, which will document the journey of men and women who were incarcerated before the Internet existed, as they return to a tech-dependent society. She is also slated to star in a feature-length upcoming comedy titled, “Jake Joins A Cult”, filming this Fall

Saffron has just finished a new documentary! Find out more at www.designershitdocumentary.com.

Brenda Rusnak is an entrepreneur with 35 years of business experience. She is the founder and president of Best Part Productions Inc., which seeks out innovative, creative film projects to invest in and produce.

Prior to her career as a film producer, Brenda acted as the CEO and President for a multi-million dollar healthcare company that she had controlling interest in. In 2009, she sold her business and has since partnered with several experienced and talented financiers, researchers, filmmakers, and field experts to create, produce and distribute compelling content for cinema, television and the internet. 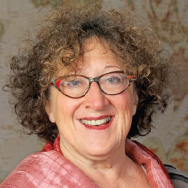 Best known for her 1991 feature documentary on female comics, Wisecracks, Singer has written and directed in film for over 20 years. She has done everything from co-directing a giant screen IMAX, Destiny in Space, Blue Planet, with the Smithsonian Institute to making her own fiction movie, True Confections (1991) as well as writing and directing dozens of documentaries.

Singer’s films have taken her to several continents and have been seen in festivals and on television throughout the world. She has been honoured at home and abroad including in the U.S., Great Britain, France, Switzerland and Japan, where a book on the impact of her film Abortion, Stories from North and South (1985) was published.

Her subject matter ranges from comedy to challenging social and political documentaries such as Loved, Honoured and Bruised (1980), which explores one woman’s story of leaving a marriage of physical and mental abuse. Her body of work traces turbulent social movements of the twentieth century, displaying the events with compassion, irony and wit.