This group of young mentors stumbled upon this project not knowing what to expect. Find out who they are and what they are up to. 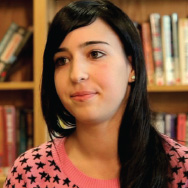 Julia loves to write poetry and plays. She wrote, directed and acted in a play titled “Out of Service”. The play was set in the future and dealt with a society addicted to technology in a world where technology was banned. It won two awards at the Sears Drama Festival in Toronto: Award of Excellence, Outstanding Original Play.

She currently studies Radio and Television Arts at Ryerson University in Toronto. She loves movies from the 80s. 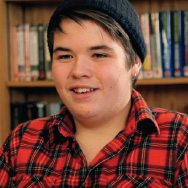 After starring in Cyber-Seniors, Henri spent a year in Italy working as a stagehand for a traveling production. Two months into the job, one of the actors bowed out and Henri was asked to replace him. He learned his lines in Italian and performed with the production for the rest of the trip. Henri also enjoys biking. He has even built himself a road bike and plans to continue designing more bikes. 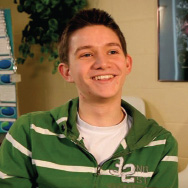 Just after finishing high school, Max spotted an ad for Cyber-Seniors and was intrigued. Having a keen interest and skill for technology Max, decided to get involved and became one of the lead Mentors in the program.

While in high school, Max developed a concept for a reversible shoe called ‘MaxReverse’. He was invited to pitch his idea on ‘Dragon’s Den’ (the Canadian version of Shark’s Tank’), where he was given the green light to proceed to the next step. Since then, Max has created several prototypes of his shoe and is currently working with an entrepreneur in Barceloma, Spain to get the ‘MaxReverse’ into production.

He works as an assistant painter and co-administrator for a company he and his Dad created called ‘Decorating with a Difference’ . His job responsibilities include building the company’s website and developing and executing a marketing and advertisement plan.

In his spare time Max is also working on a new app that will help organize and run our digital lives called ‘Innerspace’. 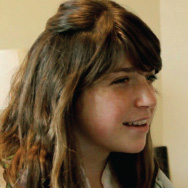 She has a love/hate relationship with eggs ever since finding out she is allergic to them a year ago. In order to keep the magical protein in her life, she have been religiously making “oeuf graphics”. You can check out her work here. 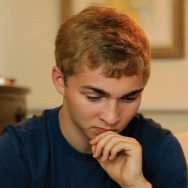 Mark is currently working towards a degree in Mineral Engineering, and hopes to apply for his M.B.A. in the future.

During his Cyber-Seniors experience Mark learned about the art of patience. He also learned that “senior’s have the most amazing stories, and are more than willing to share them all.” 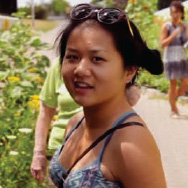 Hannia studied dramatic arts at Rosedale Heights School of the Arts in Toronto. She enjoys singing and writing music, as we see in the film when she writes a song for 93-year-old Marion to perform. She has her own YouTube channel where she posts song covers and comedy shorts. 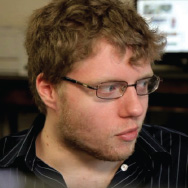 Roger’s favorite hobbies include playing video games and reading fan fiction. Through working on Cyber-Seniors, Roger has learned to be patient when working with seniors as they may have memory issues. He recommends more young people get involved in working with senior citizens as it is an interesting and rewarding experience. 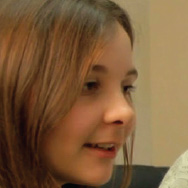 Anastasya participated in the Cyber-Seniors program for all 4 years of high school. Her calm, kind nature and patience made her a fantastic teacher. Fun facts about Anastasya: she is fluent in Russian and hopes to pursue a career as a lawyer.